For agricultural policies to be targeted, management should be promoted that

Until now, however, most research has focused on the effect of management on individual or a few combinations of soil threat/quality indicators only, resulting in contradictory recommendations (Turpin et al. 2017). Based on the the SQAPP management advice algorithm, a policy-oriented »Need-based and spatially explicit agricultural management advice for soil quality improvemen was developed as part of an MSc internship project by Aleid Teeuwen in collaboration with WU and ISRIC. We used the SQAPP algorithm to map

In order to assess the recommendations, we also evaluated:

A large range of agricultural management practices (AMPs) were considered as possible means to alleviate soil threats and improve soil quality through improved terrain management, soil management, vegetation management, water management, nutrient management, pest management, pollutant management and grazing management. For a given location, a management advice was created in two steps. First, we checked whether the AMP could be applied given the land cover, slope, annual precipitation, landscape position, soil depth, soil texture and stoniness in that location. Terraces, for instance, cannot be implemented on grazing land, on slopes shallower than 5%, on flat plains, or on soils that are very shallow, or contain more than 50% sand. Second, we ranked the AMPs according to their combined effect on soil quality and soil threat indicators. Negative, neutral and positive effects were given values of -1, 0, and 1, respectively. In order to ensure that the management advice was location-specific, only effects on soil threat indicators with medium or high threat levels, and on soil quality indicators with a relative performance ≤ 33% were considered. 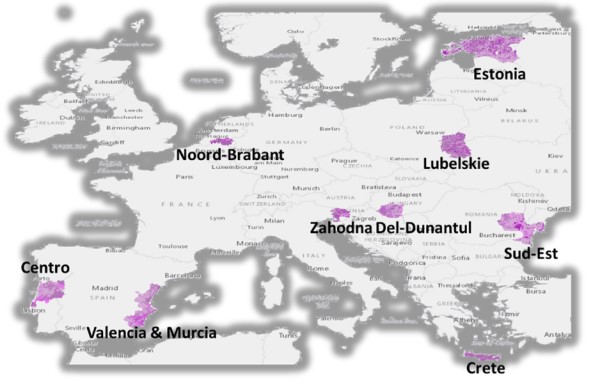 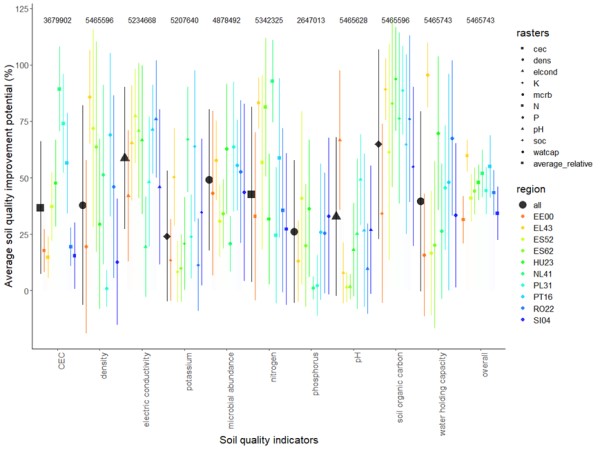 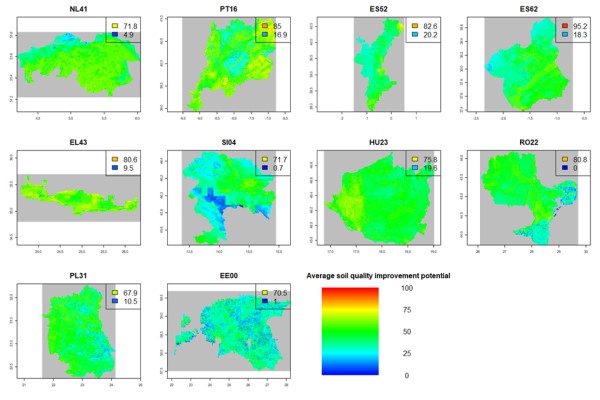 Average soil threat severity differed across regions and indicators (Figure 5). Yet, not all indicators were subject to spatial variation: the range of average soil threat severity ± the standard deviation of the average soil threat severity due to contamination, nutrient depletion, and salinization, were low, high, and low, respectively, in all regions. On average, the threat level was 1.70 ± 0.25 (low to intermediate) (Figure 5; Figure 6). Crete (NUTS2 code EL43), Zahodna (SI04) and Valencia (ES52) had the highest threat levels, amongst others due to high levels of acidification (Crete and Valencia), wind erosion (Crete and Valencia), water erosion (Crete and Zahodna), biodiversity decline (Zahodna) and contamination (Zahodna). In some maps, artefacts of low-resolution indicators are readily visible. 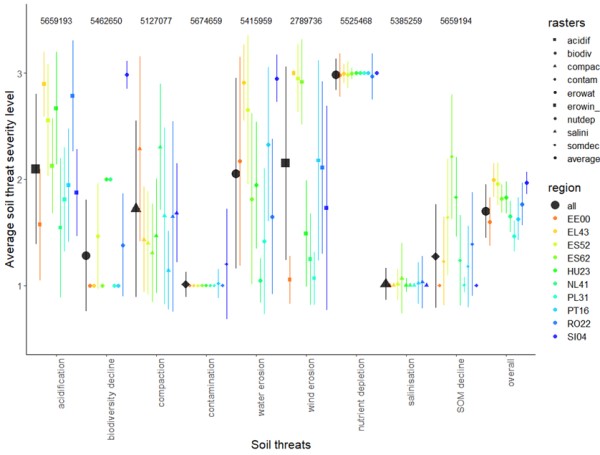 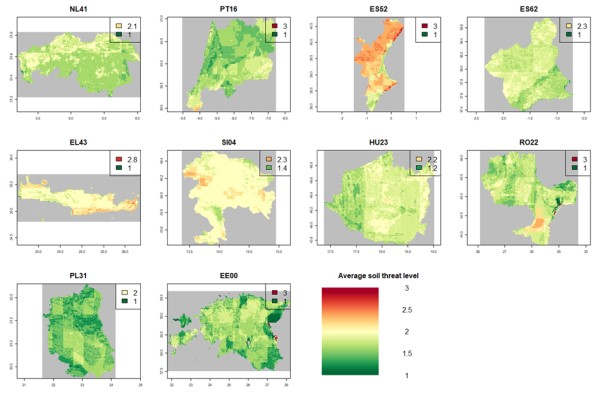 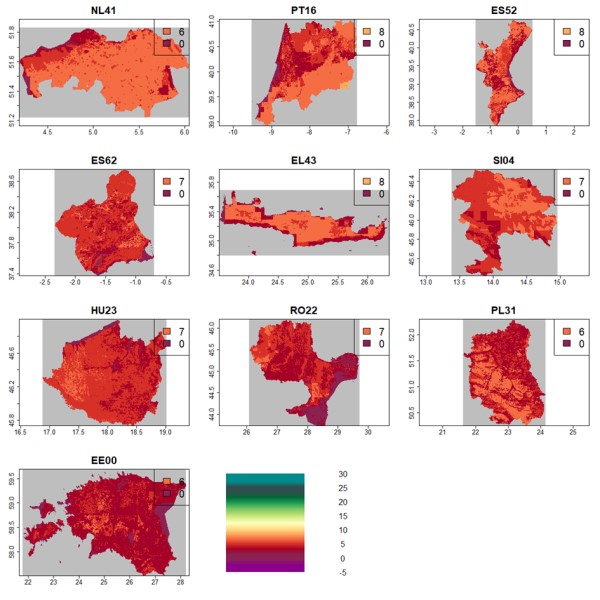 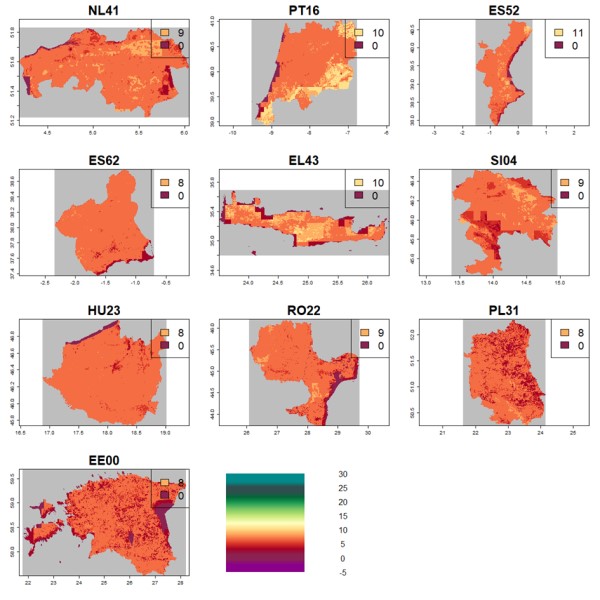 The assessment of the AMPs advised revealed that there were seldomly any practices that were considered to be single best. Instead, two or several AMPs were deemed equally suitable. In an attempt to optimize the SQAPP algorithm, we assessed whether specifying cropping systems would reduce the number of equally suitable AMPs. This was effective for some cropping systems, but not for the most dominant annual cropping system in Europe: cereals. Adapting the algorithm itself and allowing for a more continuous scoring of AMP suitability did successfully reduce the number of equally suitable AMPs, but revealed that one single AMP, compost application, was recommended almost everywhere. The cause of the dominance of this AMP was a systematic bias towards well-rounded AMPs (i.e. AMPs that have a positive, though possibly small, effect on many indicators) that was built into the SQAPP algorithm. We suggest that this bias may be overcome by distinguishing between small and large positive effects.

In order to avoid the current bias towards well-rounded AMPs and AMPs addressing high, but still unimportant relative electrical conductivity improvement potentials, we recommend to: