Identification of experimental sites in which to measure impact of AMPs

In this article we describe the range of pedo-climatic zones and farming systems within which the 138 paired control/AMP experimental plots that were used in the 2016 field campaign were located. We give the criteria we used to select a subset of 20 plots for an extended visual soil and assessment and measurement of additional soil properties in 2018.

In Europe, only the case study sites in the De Peel (Netherlands) and Argentré du Plessis (France) were not able to identify plots according to the requested variability. That was mainly due to the absence of different soil types in the region and the predominance of Anthrosols. The rest of the European case study sites identified the plots with the requested variability in the farming systems, soil types and AMPs and their corresponding control plots.

In China, each case study site was only able to identify 6 or 7 plots/farms. While there was still some variability on the soil type, the majority of the farming systems identified in the plots/farms was Arable land.

A total of 138 plots/farms using innovative AMPs was identified: 112 in Europe and 26 in China. In Europe the sites covered six of the eight climatic regions. Some of the plots/farms identified in SE Spain (Spain) were located not only in the Mediterranean Temperate region but also in the Semi-Arid Mediterranean region. Trzebieszów (Poland) covered two climatic regions at the same time, with some plots/farms located in the Northern Sub-Continental region and others in the Southern Sub-Continental region (Figure 4). In China, the plots were distributed across three climatic regions. 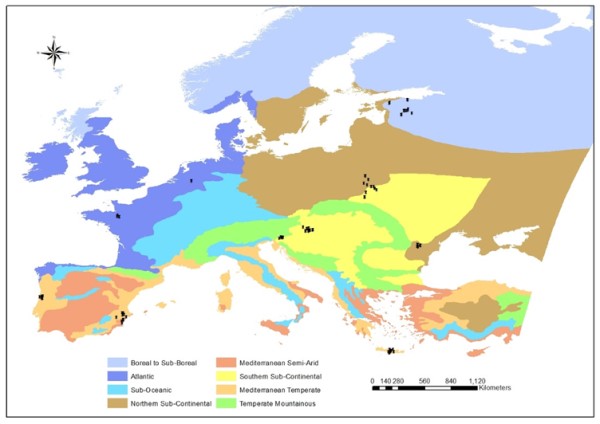 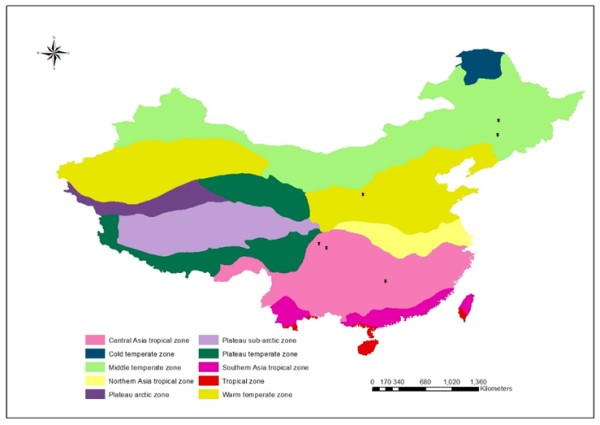 In Europe the most frequent farming system in the experimental sites was Arable land (63%) followed by Permanent crops (23%) and Pastures (14%). In China, however the great majority of the siteswere Arable Land (92%) and only 4% for Permanent crops and 4% for Pastures.

The relative distribution of farming systems within each case study site was very variable. As an example, Portugal, Spain and Greece identified a great number of plots in the Permanent crops farming system, while Pastures were also identified in a significant number in Greece, Romania and Estonia. 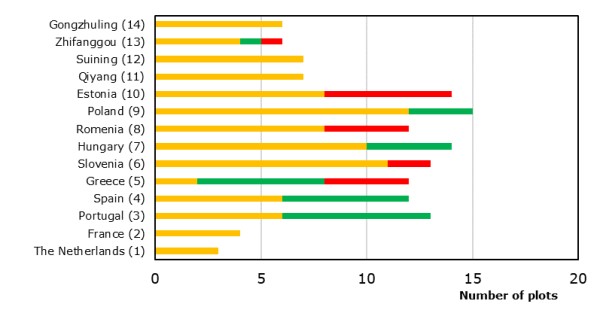 3. Soil types in the experimental sites

The three most frequently chosen innovative AMPs in the European experimental sites were:

However other AMPs were also identified with some significance such as Residue Maintenance (9%), No tillage (6%), Permanent soil cover (6%), Leguminous crops (6%), Change of land use practices (10%) and Measures against compaction (6%).

In China, the most frequently chosen AMPs were 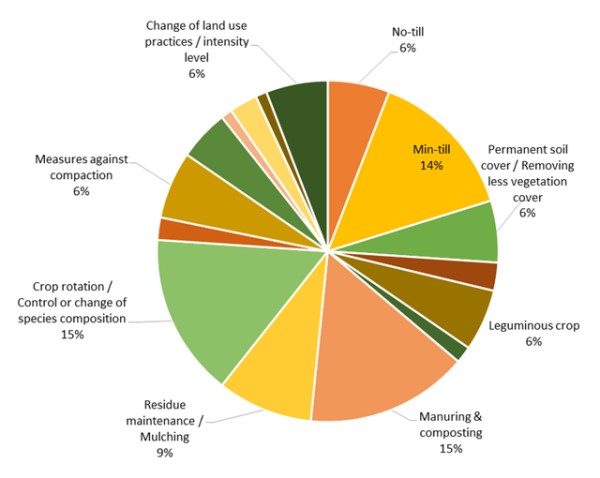 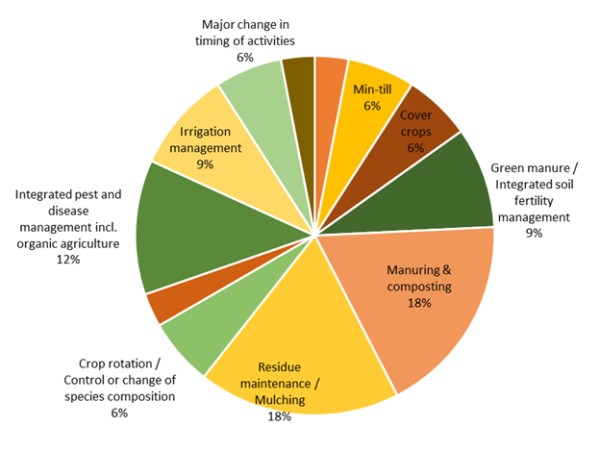 In contrast, Area closure /rotation grazing was only present in Romania and China (Zhifanggou) and Major change in timing of activities, only identified in China (Qiyang). 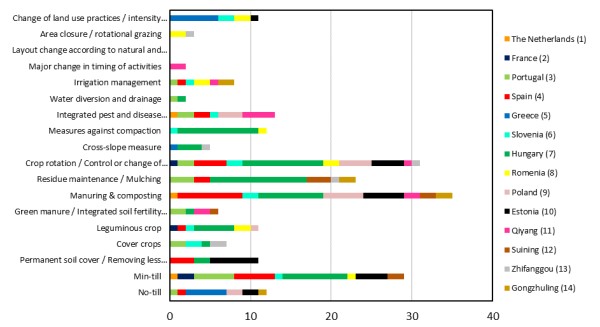 The iSQAPER teams working in the case study sites were asked to rank soil quality problems in their area according to their own expert opinion. The results show that in Europe the main soil threats can be grouped within climatic regions (Figure 10).

Although the experimental sites in China do not represent many of the climatic regions, it is still possible to highlight some important soil threats (Figure 11). 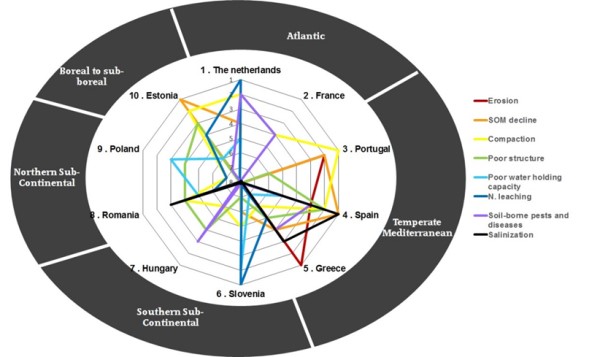 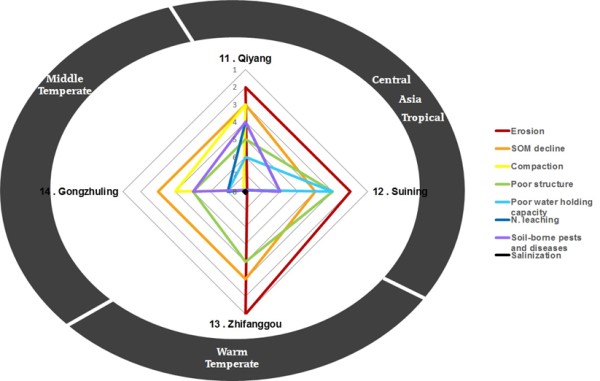 6. Criterial for selection of experimental sites

according to the following criteria: