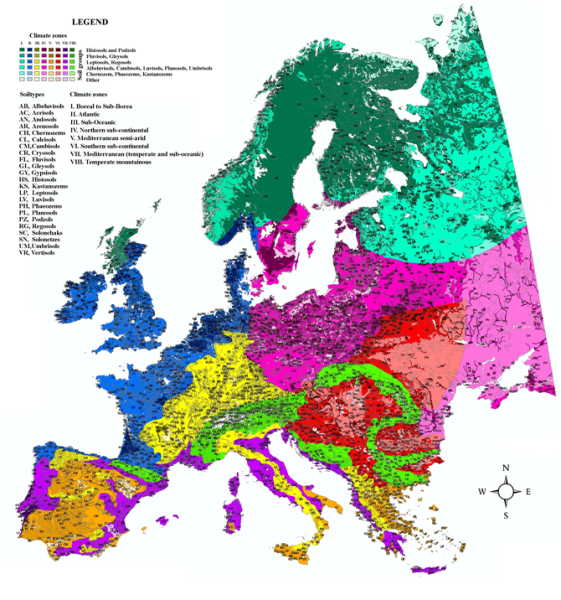 In this section of iSQAPERiS, we look at the different pedoclimatic zones in Europe. This information is used in other parts of iSQAPER  for optimizing land use for local climate and soil conditions.

describe the features of the main soil groups;
»Main features of soils in pedoclimatic zones

Soil forms a continuum that comprises many biological, chemical and physical characteristics. A marked spatial and temporal variability of soil characteristics over climatic zones makes building pedoclimatic zonation difficult, even if we consider climatic zones to be distinct, which is not always the case in reality. In addition, there is a common opinion that different soil classifications result in different patterns of soil representation, namely different soil maps. Here we use the World Reference Base for Soil Resources (WRB; FAO 1998). This system originates from the approach of the FAO to correlate soil resources globally.