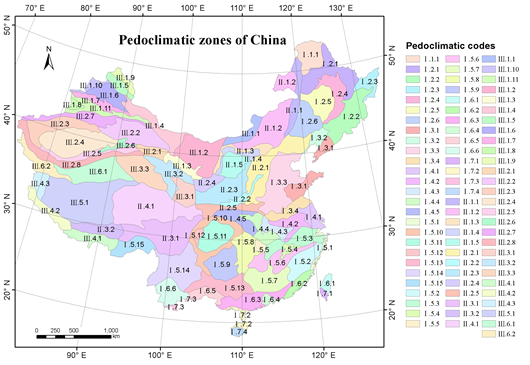 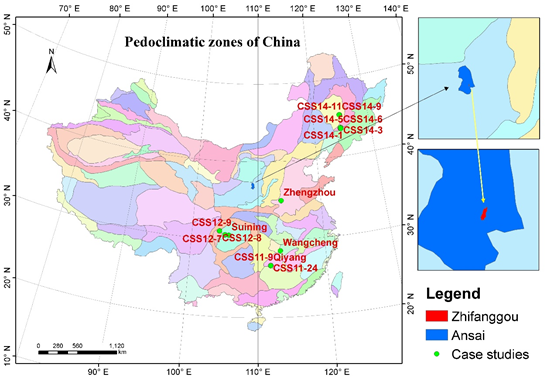 2. Categories in the pedoclimatic zones

Primary zone: The first level of national soil zoning system is mainly based on the classification of soil composition of Chinese Soil Taxonomy and combined with the most important differences of natural conditions. In the same soil region, the biological and climatic conditions, the combination of soil series, the basic form of farmland, production technology and management system are similar.

Secondary zone: The second level is based on the soil composition and its spatial distribution in the soil region, in which the difference of geographical position and topography are highlighted. In the same soil region, there are similar hydrothermal conditions, soil type combinations of components and structures, ways and key measures for soil improvement and ecological environment protection, farming system and agriculture, forestry, animal husbandry and production layout.

Tertiary zone: The third level is mainly decided by the Chinese Soil Taxonomy. This level is classified by the soil composition proportion and spatial distribution, combined with bio climatic conditions and geographical factors, such as topography, parent material, hydrology and other differences caused by geographic region. Within each patch, the water and heat conditions with the situation, and morphological structure are very similar. In addition, the soil fertility, land use patterns and production levels, improved governance approaches and measures are more consistent.